The King of Cigars by Mohammad Sadegh Balouchi+Second part The King of Cigars by Mohammad Sadegh Balouchi

Ask not how far I have come

Come to this wonderland

Give me your hand and land

I should have never listened to my old flame Sanaz. She is the one who put the idea of getting a nose job in to my head, in the first place. I have had this ginormous nose that sticks out like the middle finger, screaming “Fuck You!” Not that I care much about how I look, as I have earned the right to look however I want on account of racking up a few billions of dollars trading in contraband goods. Just like James Brown used to sing,” I have paid the cost to be the boss.” So, I thought my nose could stand out like the tower of Milad; it was all hunky dory as long as it could sniff out moolah. With all this chicanery and fraud running amok in Tehran, I should have checked the doctor’s credential though. I’m from district 19, born and bred, a tad closer to the border of district 17, Ghaleh Morghi to be exact. I almost know every nook and cranny of this deranged city. If you are from Tehran, you don’t have to be born rich to have money, with a little bit of luck,and a little bit of a sharp mind, you could easily make a quick buck. You don’t have to be Sharif-university educated to make it. In fact, I barely finished high school myself. As a matter of fact, I bought my diploma for 2 million tomans. Who would give a rat’s ass about how you got your degree. When you are sitting pretty, you can be a banker or bank robber, robbing a nation blind and running to Canada, no one can indict you.  When you got money, you are untouchable. It is bizarre how even the car you drive can rub off a certain amount of knighthood on you, driving people to call you “Sir.” That’s what happened to me when I sold my 5th batch of bootleg cigarettes in Tehran and bought the first Turbocharged Toyota Celica, 4gt,  that cruised the streets of Glaeh Morghi in 1999. The emperor’s new ride was red. I had caught sight of another Celica 4gt, on Jordan street, but the owner must have been one of the rich bitches tied to his mommy’s apron string and his daddy’s silver spoon. They don’t call me the king of cigars, for nothing Old flame: lover, former person you were in relationship

Rack up: To acquire or accumulate a large number or amount of something

Contraband goods: goods that are brought into or taken out of the country secretly and illegally

Stand out: to be very noticeable

hunky dory: If events or situations are hunky-dory, they are very satisfactory and pleasant

chicanery: clever, dishonest talk or behaviour that is used to deceive people

fraud: the crime of getting money by deceiving people

خر تو خر run amok: to behave without control in a wild or dangerous manner

a tad: a little, somehow

every nook and cranny: Any part or section of a given place, especially those that are hard to see or reach

Indict: formally accuse of or charge with a crime

Batch: a group of things

Cruised: travel smoothly at a moderate or economical speed

Second part of the King of Cigars

“But the castle crumbled and you’re left with nothing but a name, where is your crown, King nothing?” I woke up to the smell of cheese wieners being fried in the kitchen. It must be my brother Reza prepping his breakfast, which is usually a jambalaya of ringed sausages, potato, and onion mixed with tomato paste. The stench of burning oil is wafting through the hall, assaulting my nostril. I keep tossing and turning in bed, fighting the urge to holler at him to turn on the range hood. If there is anything I hate the most, it is this false sense of modernity that is creeping up on Tehranians. The kitchen must be an individual, separate affair not this open food-a-rama jawing into the living room. Unlike my brother Reza, I am a traditionalist, a sucker for a hot steamy Kalepache, the scorched tripe and hoof, simmered in their own gelatinous juice. Mother has been laid up in Mostafa Khomeini Hospital for a few days now and were it not for the health insurance my father had through the cabinet making shop he was working at, there was no telling what would become of our mother. My old man is a carpenter by trade and has worked his fingers to the bone all his life yet he doesn’t have anything to show for it except for his callous fingers, shaped by 35 years of sanding wood. Don’t get me wrong, I appreciate the fact that he is a good provider for his family, although the amount has been diddly squat, he has managed to put food on the table and keep the wolf from the door. I am not a gluttonous son of a bitch, who measures progress by the beamer one drives or the luxury he can wallow in, but sometimes the number of zeros your bank account holds can turn you to a hero overnight. Money is a weapon of some sorts that can give you the leverage not to be intimidated by anything or anybody; it is certainly something you can chew on. If you happen to be from Tehran, you know names of places you grew up in or around are meant to mean something. Sometimes you can tell where someone hails from, from the way he carries himself. Like I said, I was born and raised in Ghaleh Morghi, a district known as the first site of an airplane having flown from Tehran, and thus the name of a fowl in Persian. I worship every inch of my neighborhood and I won’t take any insult, hurled in the general direction of my city, lying down. I hate it when our elected politicians keep their maws shut like a bunch of fucking clams, when the Americans insult our great Iranian nation in the United Nations. It feels as if someone keeps pissing on your doorstep and you motion for him to go ahead and piss in your cornflakes with no consequences. I’m not a politician, in fact, I hold no briefs for politics of any sorts. Not that I hate the American people. My hommie, Amir, once gave me a cardboard box chockful of Rock and Roll cassettes when I was 14, before he left for the US, and asked me to keep it as a keepsake, something to remember him by and it motivated me to learn English. I yearned to learn what were the lyrics sung by these great musicians. Rock and Roll, Blues and Jazz. One of the songs that helped me get over my broken heart after Solmaz ditched me for this guy who sold chicken in our neighborhood was “if I had possession over judgment day, Lord, the little woman I’m lovin, wouldn’t have no right to pray.” What tyranny had brought Robert Johnson to a point where he was wishing such a crazy punishment on her beloved? Talking to God is the greatest balm that could be applied on your scarred soul, when nothing seems to soothe your soul but your tired fingers strumming the depth of despair while your only audience happens to be God wafting: pass or cause to pass gently through the air

nostril: either of the two openings in the nose through which air moves when you breathe 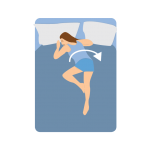 toss and turn: to move around restlessly while sleeping or trying to sleep

holler: shout, give a loud shout or cry

range hood: range hood is a device containing a mechanical fan that hangs above the stove

creep up: to move gradually and slowly

food-a-rama: it is the name of a chain supermarket

tripe: the covering of the inside of the stomach of an animal, such as a cow or sheep, used سیرابی for food

Simmer: to cook something liquid, or something with liquid in it, at a temperature slightly below boiling Laid up: to be forced to stay in bed because of an illness or accident

Sand: to make something smooth by rubbing it with something rough, especially sandpaper = strong paper with sand attached to it

worked his fingers to the bone: worked too much and hard

keep the wolf from the door: to have just enough money to be able to eat and live gluttonous: using more than you need

wallow in: indulge, to allow yourself to enjoy something completely

leverage: give the power

Chew on: to think about something

Hail from: come from

Lying down: leave it with no answer

Clam: a type of sea creature with a shell in two parts that can close together tightly, and a soft body that can be eaten

Piss: to pass urine from the body

Hold no briefs: do not support. Dislike

keepsake: something to remember someone by

ditch: end a relationship with someone

balm: something that gives comfort

Soothe: to make someone feel calm or less worried

Strumming: playing guitar with your fingers

Despair: the feeling that there is no hope