CCR is the name of rock band working during late 1960s to the early 1970s. mostly their music is about politics and southern American iconography even their lyrics are about Vietnam War and society. Having squabbles on different issues, they deviated from each other. Their band was so popular; 26 albums were sold just in The US alone. Up to now Creedence Clearwater Revival music is a hit in the US radio 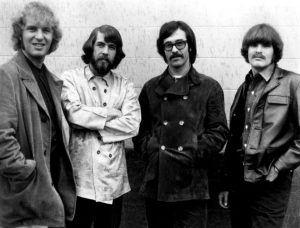 I Heard It Through the Grapevine

Grapevine: By word of mouth; through gossip

You are wondering about: you are curious about

Take some one by surprise: surprise some one

This song is about a guy who knows he is going to be jilted by his girlfriend. He rues the fact that his girlfriend did not tell him straight-out that she was going to go with some other guy, instead he has discovered about his girlfriend’s plan to leave him through gossip. I have never gone through this painful experience myself, but can you imagine what it would feel like, if your girlfriend were to go with some other guy and you were the last person to know it? you would surely lose your sanity. That is why he says that even
though a man is not supposed to cry but he is so broken-hearted that he can not hold his tears

You could have told me yourself. But you did not

You should have told yourself.But you did not

You+ should+ have+ Past participle

You are supposed to have a job interview for a position in a company at 10 am but you sleep in and show up at the office at 11. The secretary at the office tells you.  You should have been here at  ۱۰. Sorry Mr Jackson the interviewer has left the office

I should have done something expresses a command, an order or a suggestion but could only expresses a possibility among other possibilities

I could have taken an English class. Possibility

you should have taken an English class. Suggestion

You should have listened to your parents

You could have fixed the problem

You should have gone on a diet

You should have reminded me of my options